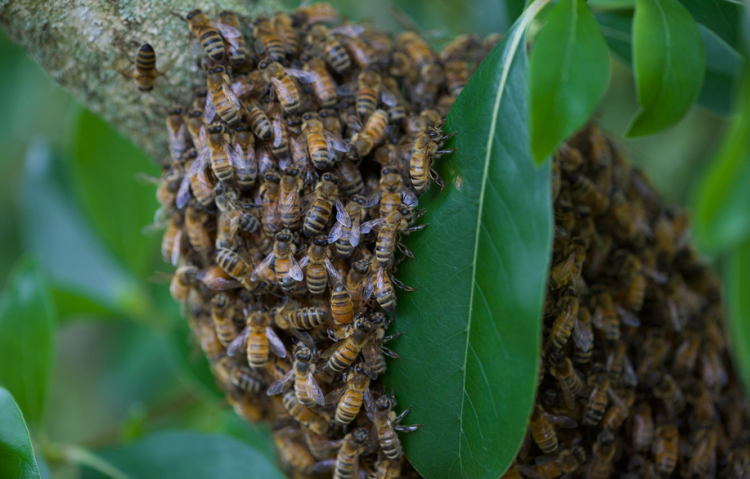 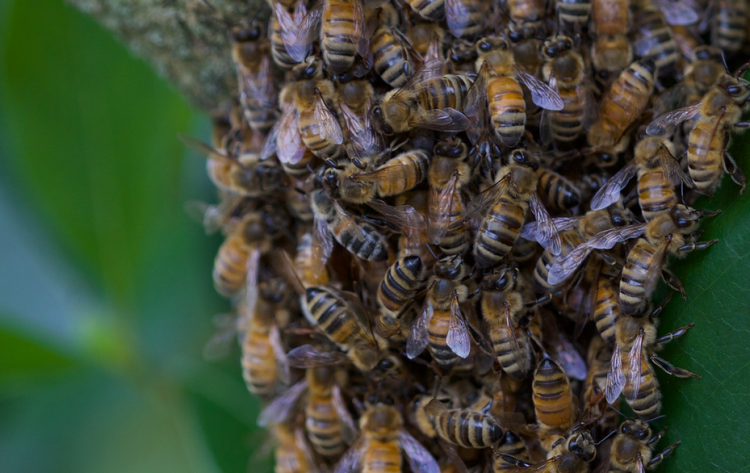 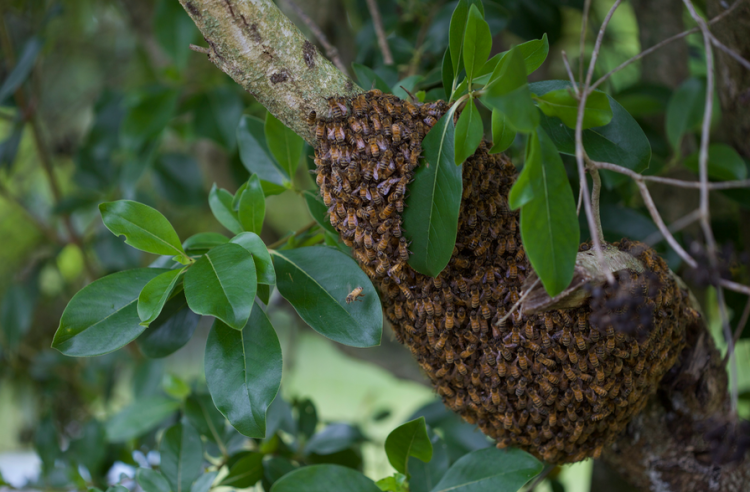 The other night Mike rushed out and caught a hive that was swarming.  He had a bee hive box ready and promptly brought the lot to our house.  He found a nice place for them and hoped that the queen was inside.  When we checked in the morning it looked like all was well.

Yesterday afternoon however, as I went out to hang some laundry to dry, there was a mass of bees frantically flying around the house.  They were moving so erratically that I stayed inside until they settled on the trunk of a tree in our driveway.

I’ve not been stung by a bee in a few years now (despite having spent plenty of time around native bees in Western Australia by the thousands) I learned early on – it is true if you stay calm you’ll be of no notice to them.  These images and video were taken only one foot away from the swarm.  Mike and his brother called the “bee doctor” (a relative) after work and got some advice before they collected the bees, conditioned the hive again and transplanted them back

Collecting them is quite simple.  In this case (we had a bee suit) the guys placed the hive back under the low hanging branch and gently pulled the swarm from the very top of it’s perch downward.  This causes the bees to fall en mass.  Which is actually a really cool thing to see happen.

So far this morning… all is well.  Hopefully soon they will start to tend their eggs and begin to gather pollen and nectar.

2 thoughts on “When bees swarm”