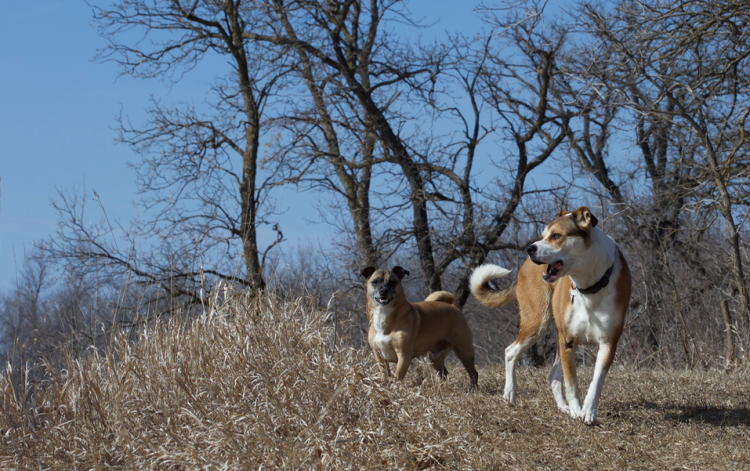 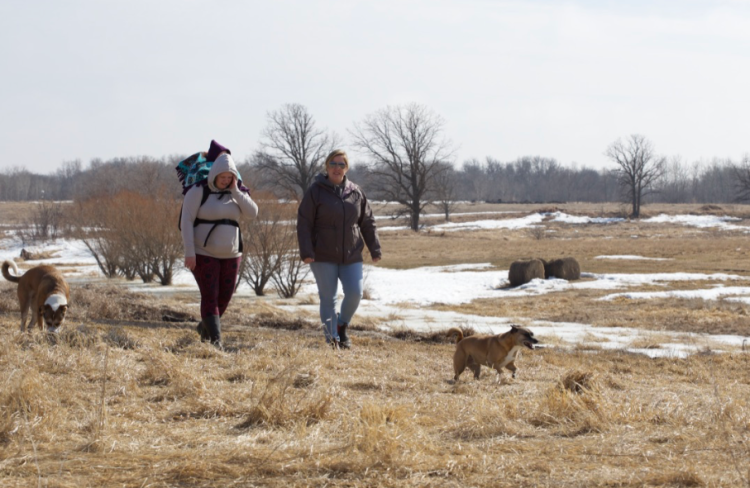 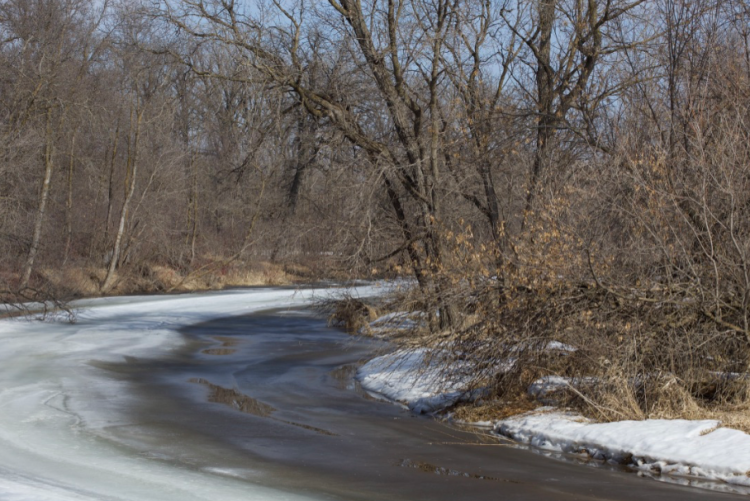 Well, sitting here in our living room it feels surreal that we were just in Manitoba, Canada for 10 days.  Wesley and I flew over to spend time with my dad who’d just survived a harrowing ordeal which involved a complicated emergency surgery.  Frankly we were expecting him to be in serious shape when we boarded the plane.  The dad that we encountered was walking, eating and generally moving about without too many issues.

His recovery was to put it simply… Amazing.

Our trip was initially meant to be much longer – but travelling solo with Wesley and trying our best not to get in the way…it became clear early on that we wouldn’t stay longer than we were needed.  So 10 days it was.  My sister and her husband Jordan were our hosts along with the two dogs Odie and Maggie.  Dad was driving himself by his second day and it was really nice to know he’d be basically independent.

The weather at first was quite a shock.  We arrived to -16 degree weather, though over the course of a few days spring took hold and began to thaw the snow and ice.  The dogs were a huge source of entertainment for Wesley which was awesome – we were inside quite a bit of the time.

We’d never been to this area of Manitoba before, and in all honesty – I felt like such a tourist!  There were little details I was noticing that the younger me wouldn’t have really paid attention to.  The plants, cats tails, a red squirrel, the geese flying in for spring and the grass turning from brown to green in only a few short days.  We stayed in a trailer at Ron and Madelines property, which was great to escape and sleep in peace and quiet whilst listening to the geese fly overhead.  The property has a very large oak forest which we also had the pleasure of tramping through a few times.  I can only imagine how much more beautiful it is in the summer with the leaves and greenery.

One of the day’s Wesley and I joined Ron (Liz’s boss) and he took us out to do some bird watching.  We spotted 2 eagles and several different species of hawk.  He also took us into a Hutterite colony and we got an up close and personal view of what it’s like inside these exclusive communities.  I might write more about that at a later time.  I did refrain from taking photos – out of respect.  I didn’t want them thinking we were there to gawk.

Agriculture and mass farming is hugely popular in the region.  We were staying in a little town called St. Pierre Jolys which has quite a french influence.  Most of the accents in the region had a slight french style to them which is unusual to find outside of Quebec.

My twin sister also made it down for a day en-route to Alberta to spend some time with the family and meet Wesley for the first time.  Here he was lunging in for a bite.  She was excellent with him, and gave me a bit of a break to shower and was super helpful.

He picked up a few interesting skills whilst we were there including: biting me when he wanted food, eating dog food (almost daily) and throwing a ball for the energetic and friendly Odie.  Thankfully on the way home Wesley stopped the biting.  I’ve a large bruise on my left are from one good chomp he gave me…and refused to release the skin from his teeth.

I drove on the right hand side of the road, which at first was kind of a dangerous transition.  After a day I was ok… but I did blame it on the epic lack of sleep and jet lag.

We ate poutine a couple of times (it was so goooooood) and also brought back some moccasins to keep my toes warm this winter.  They are sheepskin lined and are like heaven on my feet.

All in all it was a successful trip.  We survived the journey to and from (thankfully Wesley is a people person – he made so many friends during each leg of the trip) and it was fairly easy going to and from…lots of games and singing and horsing around on my part to keep wee man entertained.  Travelling with a little baby is daunting, but at the same time it made it alot more fun than usual.  I probably wont be putting my hand up again for that any time soon – but it is nice to know that Wesley loves the planes and is stimulated by all the people.  He was adorable.

Coming home to New Zealand – it was so beautiful to see the green and even though it’s raining and a little chilly we’re sooo pleased to stretch our legs and settle into our little life here again.  Mike had flowers waiting and firewood stacked along the front of our home.  Such a wonderful welcome!

But… I’ll warn you all now.  We have news.  It involves…relocation.  To another country…

Can you guess where we are headed?

I’ll reveal this to you shortly!

Take care all and be well